The forecast has called for an 80 percent chance of favorable weather during tonight's 19-minute window at Launch Complex 37.

On top of the rocket is the Boeing-built GPS IIF-5 spacecraft -- the fifth of 12 in a new generation that is replacing aging members of the more than 30-satellite constellation and upgrading its capabilities.

It's the first of three GPS satellites to be launched within five months, with the next planned in May and July.

A Delta IV rocket and Global Positioning System satellite stand ready for launch tonight after a 33-story mobile service tower rolled back from the rocket this morning at Cape Canaveral Air Force Station.

Liftoff is scheduled for 8:40 p.m. from Launch Complex 37, the opening of a 19-minute window. There's an 80 percent chance of favorable weather.

Launch teams will take their stations early this afternoon in preparation for the loading of super-cold liquid hydrogen and liquid oxygen into first- and second-stage tanks starting about six hours before launch.

Atop the 206-foot United Launch Alliance rocket is the fifth in a series of 12 new satellites called GPS IIF, built by The Boeing Co.

The GPS IIF-5 satellite will replace a 16-year-old member of the constellation that has 31 active members flying medium Earth orbits more than 11,000 miles high. 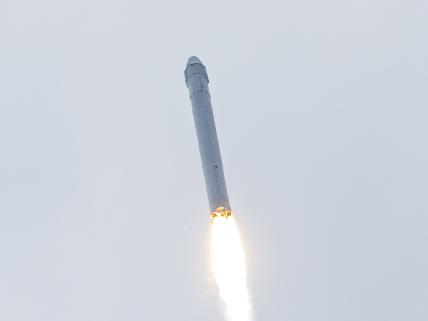