Tom Segura - Take It Down Tour

Actor/Comedian/Writer Tom Segura has quickly become one of Hollywood’s most in demand and highly regarded talents. He is best known for his three Netflix specials; Disgraceful (2018), Mostly Stories (2016), and Completely Normal (2014). Paste Magazine described him as, “...having a natural and capable storytelling ability, one that lifts his narratives out of average anecdote fare and plants them firmly in hilarious ground.” Additionally, his hit podcast, Your Mom’s House which he co-hosts with his wife, comedian Christina Pazsitzky, was a finalist for Best Comedy Podcast at the Stitcher Awards and profiled by VICE. Segura has risen to be one of the top comedy theater acts in the country and he continues to perform at the top comedy festivals in the world. Be sure to see him when he makes a stop at the King Center! 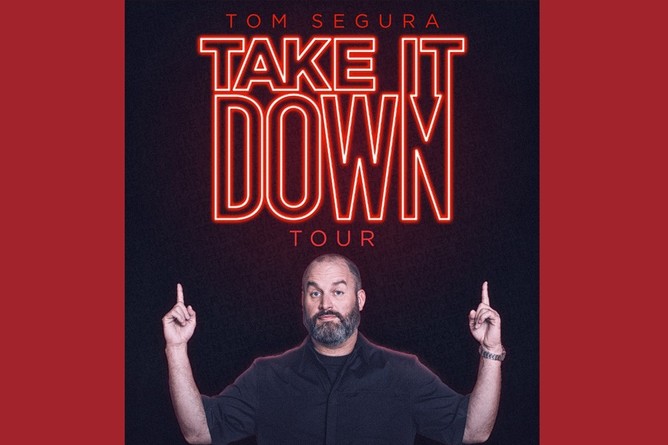