Little River Band is hotter than ever, selling out shows and making music from coast to coast nationwide continuing their legacy of being “the best singing band in the world.” Through the ‘70’s and ‘80’s, LRB enjoyed huge chart success with multi-platinum albums and chart-topping hits like: “Reminiscing,” “Cool Change,” “Lonesome Loser,” “The Night Owls,” “Take It Easy On Me,” “Help Is on Its Way,” “Happy Anniversary,” “We Two,” “Man On Your Mind,” “The Other Guy,” and “It’s A Long Way There.” Bassist/vocalist Wayne Nelson joined the band in 1980, and worked alongside founding members with some of the most distinctive harmonies and vocal abilities, creating the unique LRB sound. To date, he has contributed his vocal and bass guitar talents on 22 Little River Band Albums/CD’s. Keyboardist, Chris Marion, a Dove Award winning producer, is the creator of all the orchestral arrangements and charts on The Big Box. Lead Guitarist, Rich Herring is a highly skilled player, singer, and producer of many Nashville artists, not to mention a great songwriter. Drummer, Ryan Ricks has locked down the rhythm section, and rounds out the vocals with his incredible range. Nashville Guitarist, Colin Whinnery plays rhythm and lead guitar, and shares lead vocal duties with Wayne.

Bringing their vocal and musical energy along with great arrangements to their timeless classic hits, each show creates new memories for the audience. The band enjoys watching their fans fall in love with the songs all over again as they are swept up by the show’s powerful performance and the volume of hits from LRB’s history. 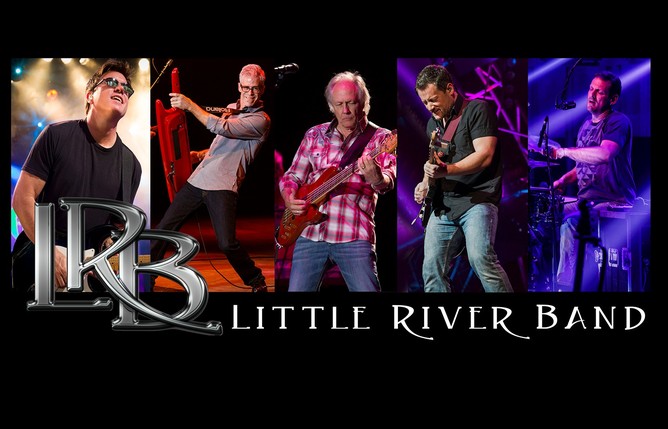