History of the Playhouse

Established as the Aladdin Theater, the doors opened to the public on August 18th, 1924, showing silent movies. Later, Brevard’s first “talkie” movie house became known as “the showplace of the Indian River Section”. Several owners and several decades later, the building was purchased by the City of Cocoa and renamed The Cocoa Village Playhouse. In August of 1984, Brevard Community College District Board of Trustees acquired the building for $1 with the understanding that the college would take the responsibility of ownership and make the theatre operate in the best interest of the community.

The Trustees immediately established a 501(c)(3) not for profit Direct Support Organization with its own Board of Directors who were given the responsibility of raising funds to make the Playhouse self-supporting. Through donations from individuals, organizations, corporations and grants from Foundations, as well as the State of Florida, the Playhouse was restored, made operational, and began producing community based musicals in 1989 featuring local volunteer performers.

Known to all as “Broadway on Brevard”, this team of volunteers and staff are truly an example of one of the highest quality community theatres in our country. 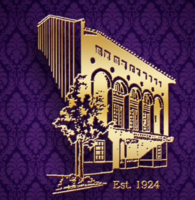