Tune in to our LIVE "321 Lift Off" Podcast on 7/8 at 10 a.m. Featuring Mary Ellen Donner, Director of Brevard County Parks & Recreation, and Mike McGarry, Program Manager for Brevard Beaches, Boating, and Waterways. . . . . . For an update on COVID-19 in Florida CLICK HERE!!! . . . . . Listen to our Podcast "321 Lift Off" as we discuss tourism and all things FUN on the Space Coast CLICK HERE!!!

SIGNATURE INTERACTIVE ART: THE POOL   Art & Algorithms features The Pool, by artist Jen Lewin. Users play on more than 100 concentric rings of circular pads that communicate with each other. As multiple users play in The Pool, their interactions become mesmerizing patterns of shifting and fading colors. Step into The Pool with your friends.

VISITING ARTIST JEN LEWIN   Artist Jen Lewin’s recent move from Colorado to New York City and the more than 30 exhibits worldwide for Jen’s exhibits tells you this artist is hot. The Pool has clocked millions of user steps, from handstands to dance steps, from puppy dogs to toddlers.  “When I was 18 I was camping in Australia" said artist Jen Lewin, "At night, when the tide was out it left pools of water for as far as you can see. When the moon came out light reflected in these tide pools and it was beautiful...I see something really beautiful and I want to share that and it takes me years to figure out how I can make an art piece to somehow capture something I’ve seen that’s really beautiful in nature.”

ARBORIA'S DESIGNER    “What motivates me to design,” said Alan Parkinson designer of Arboria, “is the fact that I continue to be struck by the beauty of light and color found in the luminaria. These structures nurture an awareness of a pure phenomenon that gently cuts through everyday conditioned perceptions and awakens a sense of wonder in people.”

INTERNATIONAL SHORT FILMS   Clifton Stewart– Our International Short Films Curator, Stewart brings that famous dry British wit to his selection of award winning films from around the world. A screenwriter and university lecturer, and fine photographer, he will bring us action, animation, drama and he says “more than a few belly laughs.”

ALSO  Virtural Reality with Google Tilt Brush and Derek Gores, the iPad Lab and workshops with Corliss Blakely and Family Friendly Films on the green in Sand Point Park 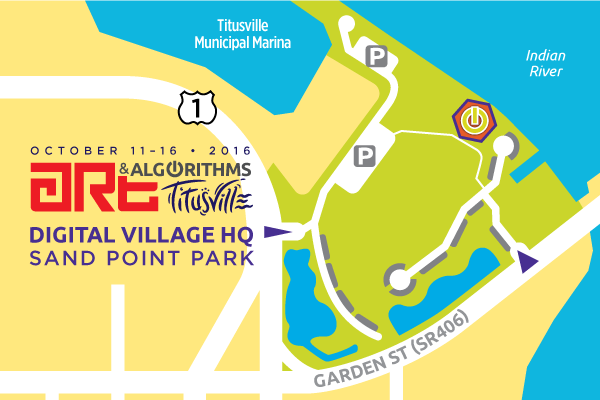